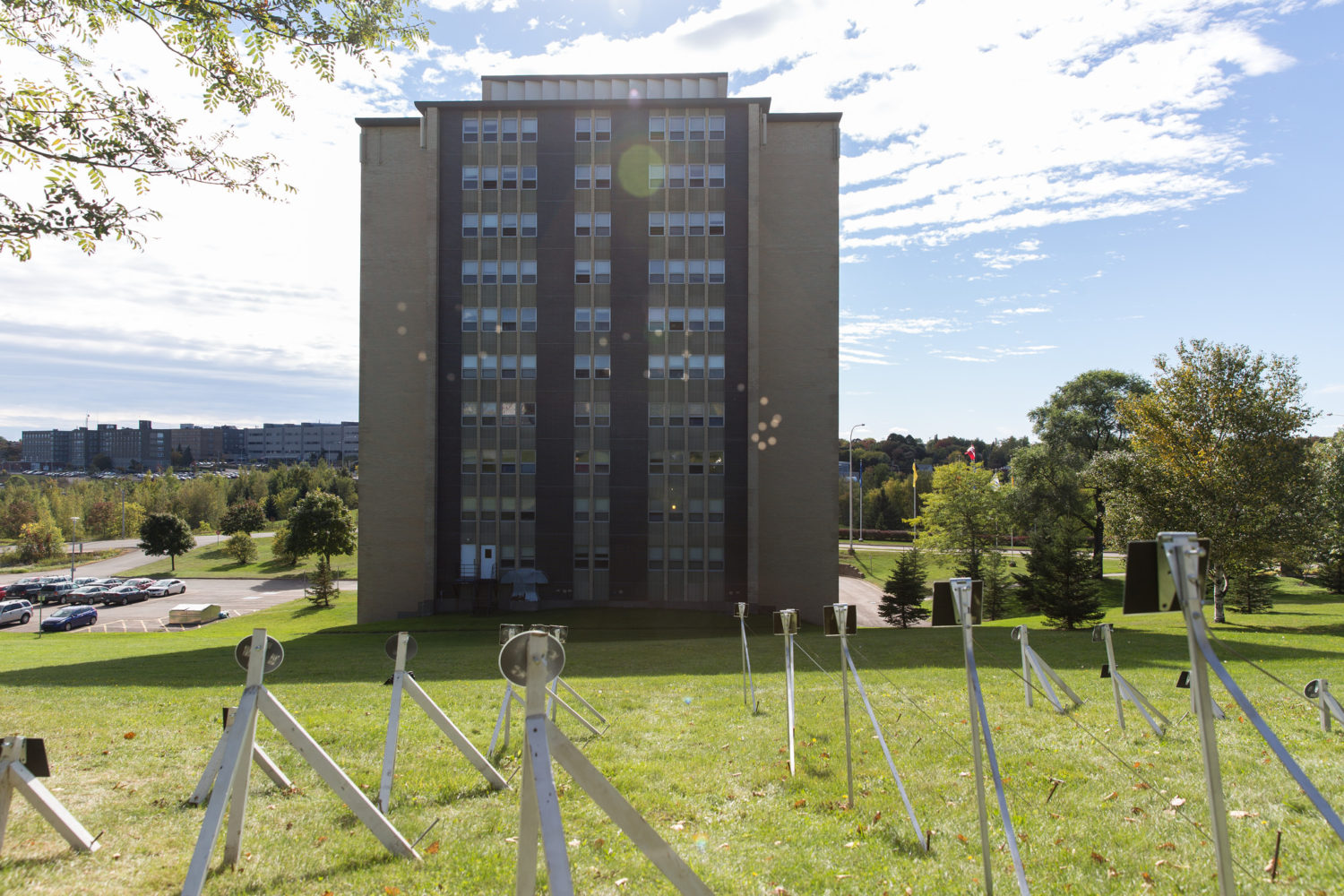 If you were to wander behind the towering building of Lafrance on a sunny afternoon during the symposium, you might have caught a glimpse of a most ethereal and ephemeral type of mural.

Denis Lanteigne’s La face cachée du Soleil: metamorphoses trio (which translates to The Hidden Face of the Sun: Trio Metamorphoses) is an innovative and literally moving mural, that uses sunlight and mirrors instead of paint.

The principle behind this work is quite simple, and yet the successful execution of it, is extremely complex.

Patterns of light in the forms of a circle, a square, and a rombus, travel across the surface of the building.  It is not the mirrors made by the artist that moves the light, but rather the actual movement of the planet around the sun that moves the light.

Due to the placement of the mirrors, the shapes not only move across the building, but they transform as they do.  Some shapes begin as recognizable patterns and then pull apart into seemingly random patterns as they move upward and to the left, while in other instances, what seem to be random flecks of light dispersed over the building come together into tightly formed shapes as the day moves onward.

While the work was only temporarily installed for the week of the symposium, it’s worth noting that this work could quite easily exist as a permanent installation and light mural, with the mirrors being the permanent structure, as the imagery on the building continually changes, transforms, and shifts with the light of the sun.

Large scale imagery and patterns that shift, transform, and slide across the surface of a building with the coming and going with clouds, fog, and night.  This interactive mural is controlled not by electronics, computers, projectors, or humans, but by the actual movements of the planet and the clouds, and by the shifting light of day into night and night into day.